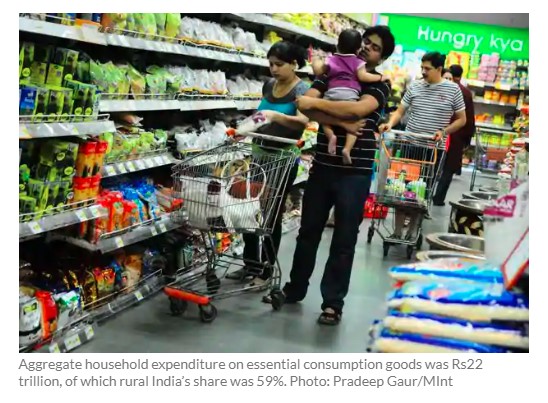 The money lavished on weddings is more than double the amount spent on higher education in India, shows the ICE 360 Survey

New Delhi: Rural households collectively outspent their urban counterparts over the past year, according to data from a nationally representative consumer survey. Aggregate household expenditure in India 2015-16 was Rs42.2 trillion. Rural households accounted for 57% of the aggregate spending while urban ones accounted for 43%, the ‘Household Survey on India’s Citizen Environment & Consumer Economy’ (ICE 360° survey) conducted this year shows. The reference period for calculating the annual expenditure was April 2015-March 2016. 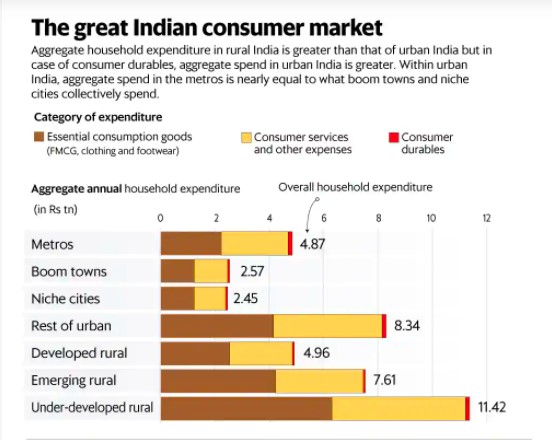 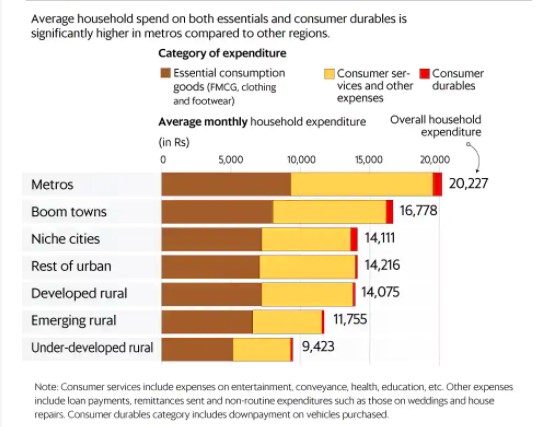 Aggregate household expenditure on essential consumption goods (including fast moving consumer goods, clothing, and footwear) was Rs22 trillion, of which rural India’s share was 59%, the survey shows. Urban India’s share in the aggregate spending on consumer durables was higher than that of rural India at 52%. The consumer durables category also includes down payment for purchase of vehicles in this analysis. 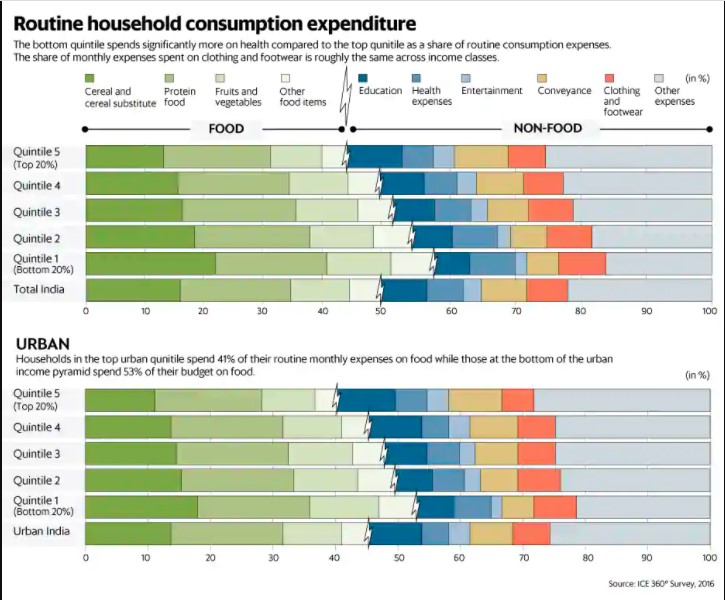 The survey suggests that the wedding industry is far bigger than the entire entertainment industry in the country put together. Aggregate spending on weddings over the reference period was at Rs1.8 trillion, 80% higher than the collective spending on entertainment. The aggregate spending on weddings was more than double that on higher education (of dependent members of the household), and its share in overall spending was only a little less than the share of health expenses.

The survey shows that aggregate spending in metros across most categories of spending equals that of niche cities and boom towns put together. The average household spending is also significantly higher for metro-dwellers compared to others. This is not so surprising, given that most people living in metros belong to the top two income quintiles, as the first part of this series pointed out.

Excluding non-routine expenses (such as those on weddings and home upgrades), one finds that food still dominates routine monthly consumption expenditure in India. The bottom quintile (poorest 20%) spends nearly 60% of its monthly budget on food while the top quintile (richest 20%) spends 44% on food. Within urban India, the bottom quintile spends 53% on food while the top quintile spends 41% on food.

The survey suggests that health shocks cause greater stress among the poor than among the rich. The share of health expenses as a proportion of routine monthly expenditure is higher for the bottom quintile than for the top quintile. The share of expenditure on clothing seems to be nearly constant across the class divide. The share of education is also roughly similar across classes and regions but the spending on higher education is significantly higher among those living in metros than in other regions.

The ICE 360° survey was conducted by not-for-profit People Research on India’s Consumer Economy (PRICE), headed by two of India’s best-known consumer economy experts, Rama Bijapurkar and Rajesh Shukla. The survey is among the largest consumer economy surveys in the country. The urban sample of the survey is comparable to that of the National Sample Survey Office (NSSO) consumer expenditure survey conducted in 2011-12. While the NSSO surveyed 101,651 households of which 41,968 (41.3%) were urban households, the ICE 360° survey covered 61,000 households of which 36,000 (59%) are urban households. The rural sample of the ICE 360° survey is less than half of the NSSO sample. Nonetheless, all the estimates of each region have been derived by adjusting for the respective population of those regions.