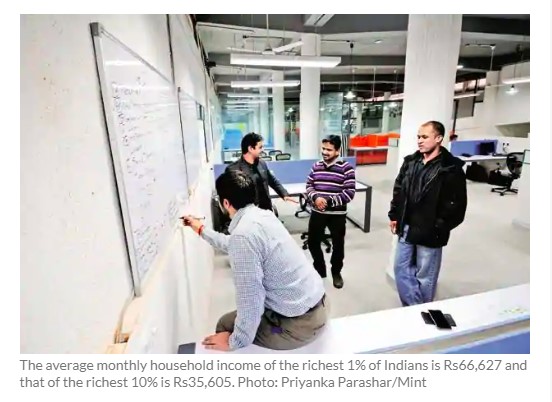 98% of the top percentile own either a car or a two-wheeler, shows a PRICE survey on India’s consumer economy

The average monthly household income of the richest 1% of Indians is Rs66,627 and that of the richest 10% is Rs35,605, according to the latest data from a nationally representative survey, the Household Survey on India’s Citizen Environment & Consumer Economy (ICE 360° survey) conducted in 2016.

Given that these income estimates are based on self-reported data, it is likely that they understate true incomes, especially in the case of top earners. One way to adjust for the under-reporting is to look at the extent of discrepancy between the aggregate household disposable income estimated by the survey and the one reported in the national accounts, and adjusting for that discrepancy by blowing up the income estimates from the survey. Such an exercise suggests that the average monthly household income of the top 1% could be as high as Rs1.17 lakh while that of the top decile could be Rs62,574. 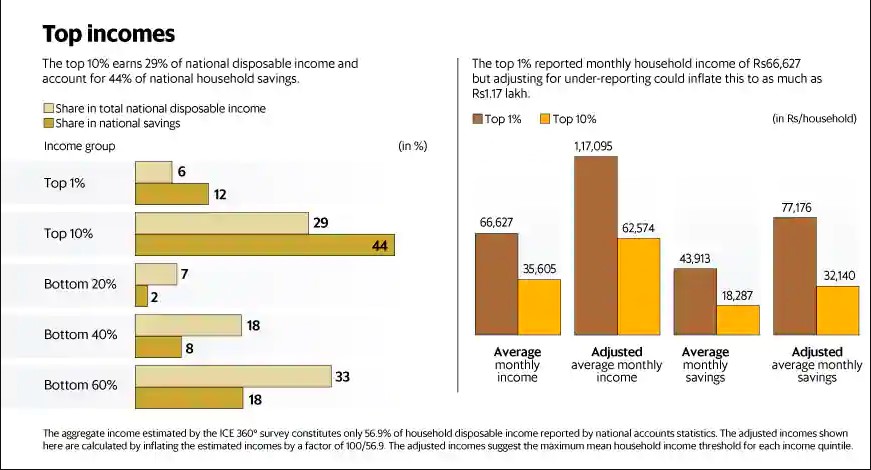 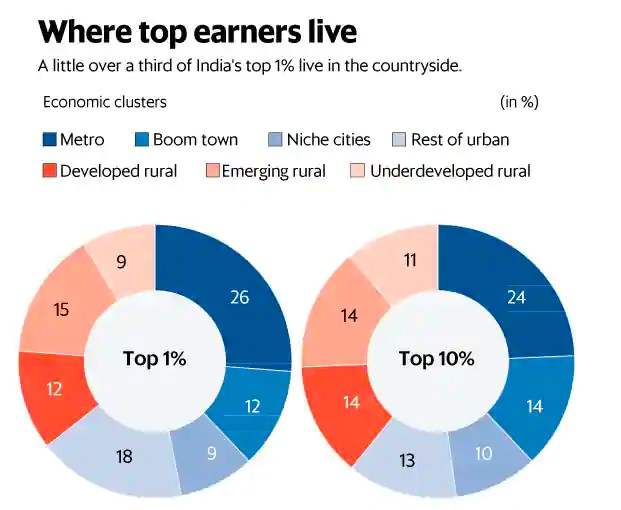 Unsurprisingly, the proportion of top earners investing in equities and bonds, and purchasing insurance, is much higher than the all-India average. Seventy-two per cent of the top percentile and 62% of the top decile use capital market instruments (including insurance) against an all-India average of 35%, shows the ICE 360° survey. 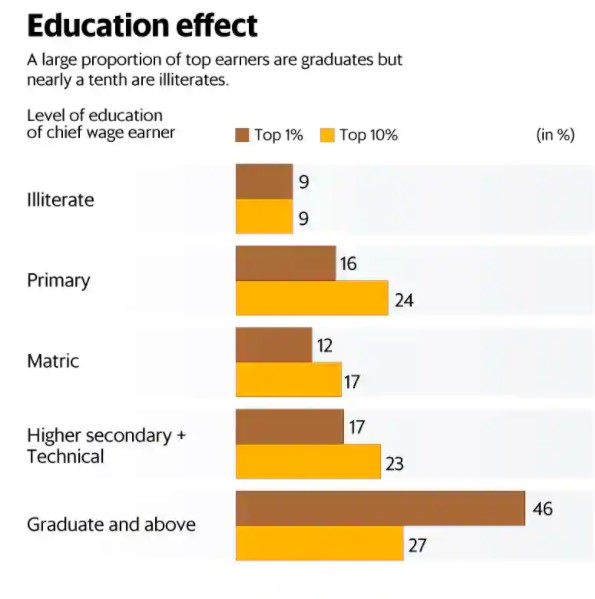 The urban sample of the survey is comparable to that of the NSSO survey. While NSSO surveyed 101,651 households of which 41,968 (41.3%) were urban households, the ICE 360° survey covered 61,000 households of which 36,000 (59%) were urban households. The rural sample of the ICE 360° survey is less than half of the NSSO sample. Nonetheless, all the estimates of each region have been derived by adjusting for the respective population of those regions. 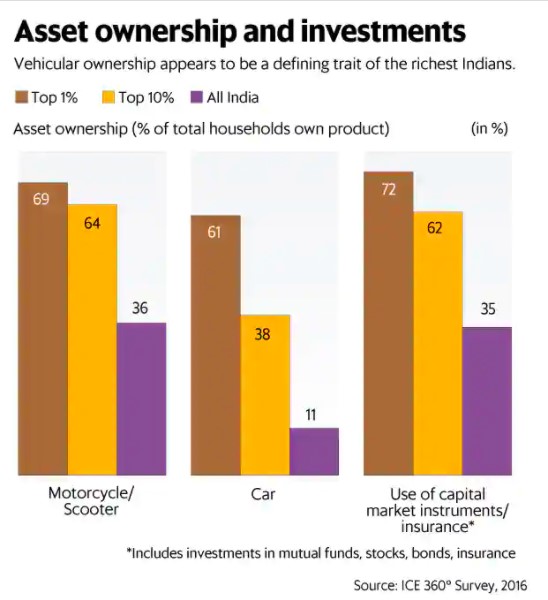 Top earners are likely to be better-educated compared to others. Fortysix per cent of breadwinners in the top percentile have at least a graduate degree. Across all Indian households, the proportion of households with graduate breadwinners is only 8.3%, shows the survey. The comparative figure for the top decile is 27%.