For majority of urban households (73%), tap water is the main source of drinking water while for rural households (48%), it is the hand pump. 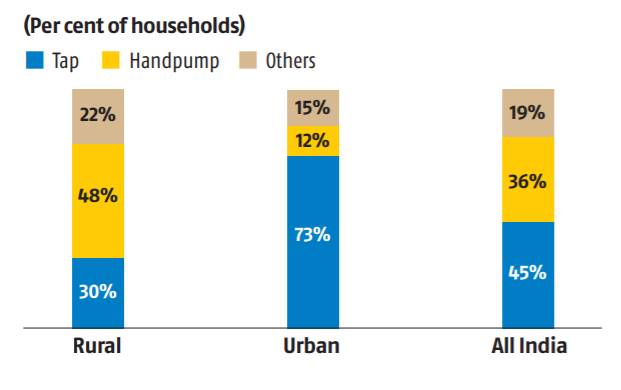 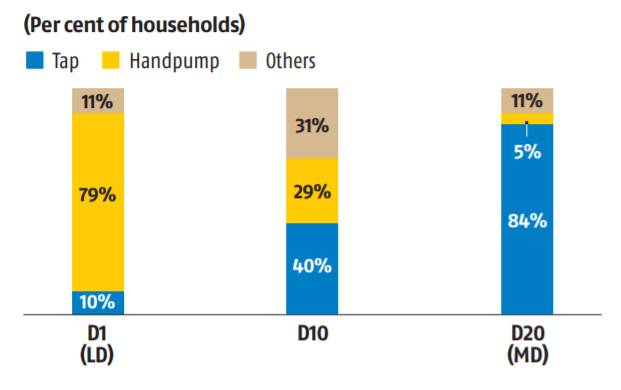