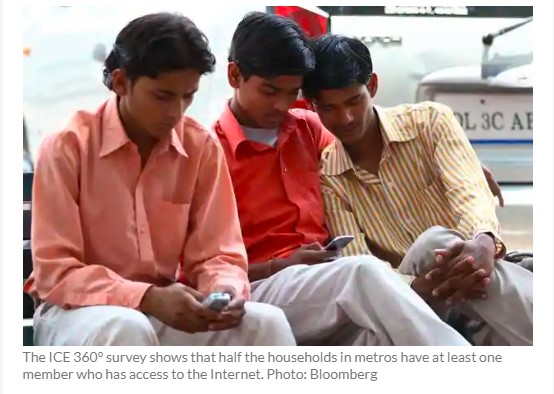 New Delhi: As most of the high-value currency notes scrapped on 8 November make their way back to the system, belying earlier expectations, the official narrative around the move seems to have shifted from this being a “surgical strike” against black money to being a great leap towards a cashless economy. But fresh data on consumer behaviour from a large-scale nationally representative survey conducted this year shows that the transition to cashless will be a Herculean task in a country such as India, where most consumers love cash, and very few have access to the Internet.

The ‘Household Survey on India’s Citizen Environment & Consumer Economy’ (ICE 360° survey) conducted this year shows that most Indian households prefer using cash for buying both essentials and consumer durables, and that nearly half of them have a habit of saving cash at home. The survey covering 61,000 households is among the largest consumer economy surveys in the country, and captures data till July 2016.

An earlier Plain Facts column by Tadit Kundu based on latest data from the Bank of International Settlements (BIS) had pointed out that India lags most emerging markets in access to point-of-sale terminals and automated teller machines.

The challenge of scaling up the infrastructure for cashless payments is a big one, but there are two related challenges India faces in its attempt to transition to a cashless economy: bridging the country’s great digital divide and changing old habits of using cash for everything. 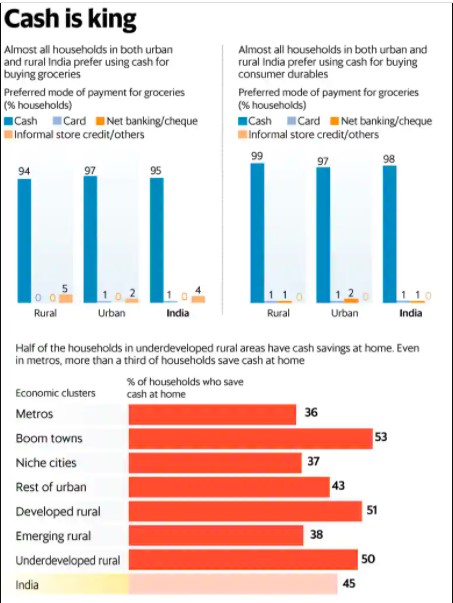 The ICE 360° survey shows that only 10% of households in India reported having an Internet connection at home. In metros, the figure is comparatively higher at 26%, but in underdeveloped rural areas, only 3% have an Internet connection at home. The proportion of households where at least one member can access the Internet (either at work or home or elsewhere, and either through a computer or mobile) is a bit higher at 22%, but even on that metric there is a yawning chasm between big cities and underdeveloped rural areas. 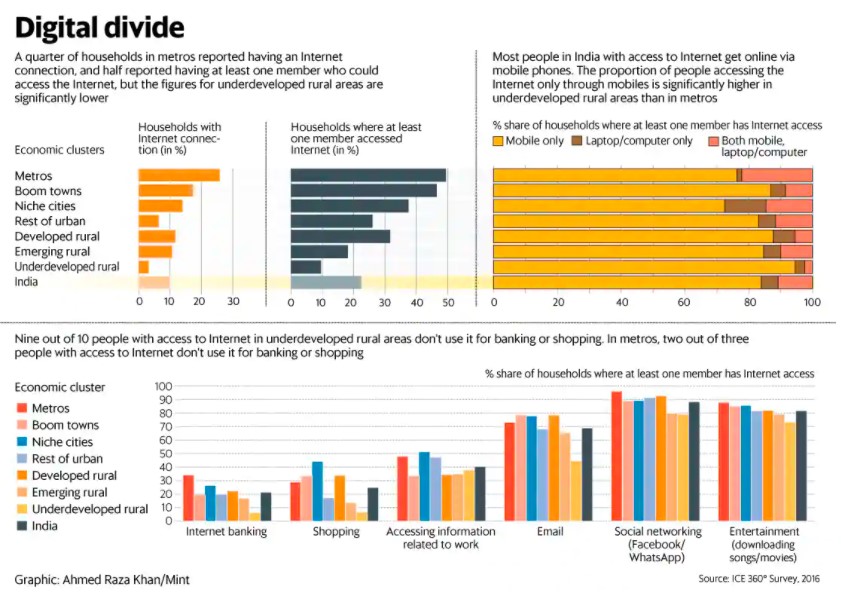 Seventy-seven per cent of households in the bottom quintile have a mobile phone, as an earlier part of this series pointed out, but the overwhelming majority of them do not seem to be accessing the Internet on their phones.

Even among those accessing and using the Internet, a majority did not use it either for banking or shopping, at least till July this year, the survey data shows.

An overwhelming majority of Internet users used it for social networking (through apps such as Facebook and WhatsApp), and only 21% of those having access to Internet reported using it for banking.

After 8 November, these figures must have changed, especially in areas with reliable Internet connections, but it is unlikely that a large section of India’s digitally excluded citizenry has suddenly been able to access the Internet and has been able to use it for their daily transactions.

It is more likely that those with Internet access (especially the richer classes living largely in metros) have been using it for shopping and banking in greater numbers, while the rest of the country queues up to get cash outside banks, ATMs and work sites.

It is the digitally excluded majority whose lives have been disrupted the most by demonetization.

‘Digital India’ may be an attractive slogan, but it is not a reality yet, the ICE 360° survey shows.

The ICE 360° survey was conducted by the independent not-for-profit organization, People Research on India’s Consumer Economy (PRICE), headed by two of India’s best-known consumer economy experts, Rama Bijapurkar and Rajesh Shukla. The urban sample of the survey is comparable to that of the National Sample Survey Office (NSSO) consumer expenditure survey conducted in 2011-12.