Modi’s LPG reform was different. It helped the poor immediately, no trickle-down timeline

As we celebrate India’s 1991 economic reforms, it is also important to know the success stories of recent campaigns. None stand out like LPG.

Growth in income in last three decades: How consumer trends evolved in India

State governments’ health insurance schemes seem to be more popular than those from the centre, finds the ICE 360 survey.

The Household Survey on India’s Citizen Environment & Consumer Economy (ICE 360° survey), shows that households in the top quintile earn nearly four times as much as households in the bottom quintile, but given that poorer households also tend to be bigger, the difference in per capita incomes is greater.

The ‘Household Survey on India’s Citizen Environment & Consumer Economy’ (ICE 360° survey) shows that 11% of households own a washing machine while only 6% own a computer or a laptop. The survey covering 61,000 households is among the largest consumer economy surveys in the country.

As most of the high-value currency notes scrapped on 8 November 2016 made their way back to the system, belying earlier expectations, the official narrative around the move shifted from a “surgical strike” against black money to be a great leap towards a cashless economy.

If you thought homeownership was a sign of wealth and prosperity in India, think again. Unlike in the West, most poor people live in their own homes in India, and it is the relatively more affluent sections of Indian society that live on rent.

99 percent Indian households are covered by a bank account

Many still avoid using banking instruments to save despite having access to banks, as per the ICE 360 survey.

88 percent of households in India have a mobile phone

77% of the bottom quintile have a mobile phone, but only 18% of them have access to tap water.

More than a quarter of Indian households are indebted, and a majority of them borrow from informal sources rather than banks or financial institutions.

The money lavished on weddings is more than double the amount spent on higher education in India, shows the ICE 360 Survey.

Are single earner families different from others

You may think that eating out and taking a holiday trip are some of the simpler pleasures of life, but fresh data on household spending across India shows that an overwhelming majority of families in India may find such pleasures beyond their reach.

A majority of Rich India considers itself to be middle class; a third of those actually in the middle of the income distribution pyramid consider themselves to be poor.

One in three households in India owns a two

The proportion of car-owning households in the country was 5%, according to the 2011 census data. That proportion has more than doubled and, stands at 11% as per the ICE 360° survey 2016.

What Indians think of cash transfers PDS and Narendra Modi

The poor use India’s massive public distribution system (PDS) for foodgrains much more than the rich, and rate the quality of grains more favourably than richer income classes, a large-scale nationally representative survey conducted this year shows.

Income of poorest fifth plunged 53% in 5 yrs; those at top surged

Congress may be talking to economists and experts. But is it listening to the voter?

Why internet access is an enabler for high returns on skills

Caste in a different mould: Inter-caste inequality is falling as education levels rise

MSP hike won’t help the bulk of rural folk, government advisors may just need to go back to the drawing board

The market that Reliance Jio seeks to tap

Why Mukesh Ambani is doling out free 4G phones to everyone

The farmer in the farm loan waiver

Gold is more a necessity than a luxury in India

Why the gold monetisation initiative is failing to enthuse Indians

Are single-earner families different from others?

Why demonetization has been disruptive for India

How many Indians travel?

88% of households in India have a mobile phone

How much do Indians pay for houses?

How much the richest 1% earn and spend

7th Pay Commission report: Who will be the loser?

By: Rajesh Shukla and Adite Banerjie | The Financial Express | July 8, 2016

Here’s what stops agriculture sector from being revived

Looking at both sides of coin

The wheels of household well-being

By: Rajesh Shukla and Adite Banerjie | The Financial Express | April 15, 2016

Riding up the growth path

By: Rajesh Shukla and Adite Banerjie | The Financial Express | March 18, 2016

Putting rural economy back on track

By: Rajesh Shukla and Adite Banerjie | The Financial Express | March 4, 2016

By: Adite Banerjie and Rajesh Shukla | The Financial Express | February 19, 2016

The long journey towards inclusive growth

By: Rajesh Shukla and Sandeep Ghosh | The Financial Express | January 22, 2016

By: Rajesh Shukla and Adite Banerjie | The Financial Express | December 11, 2015

By: Rajesh Shukla and Mridusmita Bordoloi | The Financial Express | December 4, 2015

By: Rajesh Shukla and Mridusmita Bordoloi | The Financial Express | November 27, 2015

By: Rajesh Shukla and Mridusmita Bordoloi | The Financial Express | November 20, 2015

Rich vs poor consumption story: A study of contrasts

Education is a marker of household and societal well-being

Transitioning to a cashless economy not a walkover

Column: Why you must support Hardik Patel

Caste is an irreverent marker of the state of well-being

Rural-urban continuum and the lessons for India

Well-being: The path towards inclusive growth

The real acche din: Why development mantra should be about improving the lives of those in rural India

By: Rama Bijapurkar and Rajesh Shukla | The Economic Times | August 9, 2015

Sitting on a gold mine

Marketers must revise their rural marketing formula based on hard facts

Gold monetisation: Make your metal work for you and the economy

The consumer is ready; are companies?

The consumers is ready; are companies? 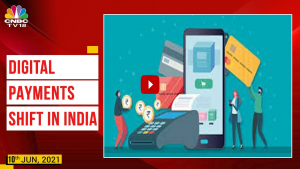 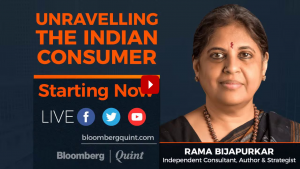 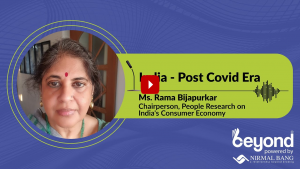 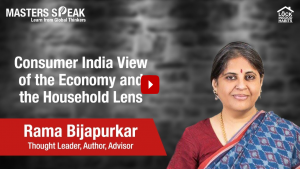 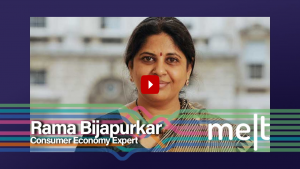