Are single earner families different from others 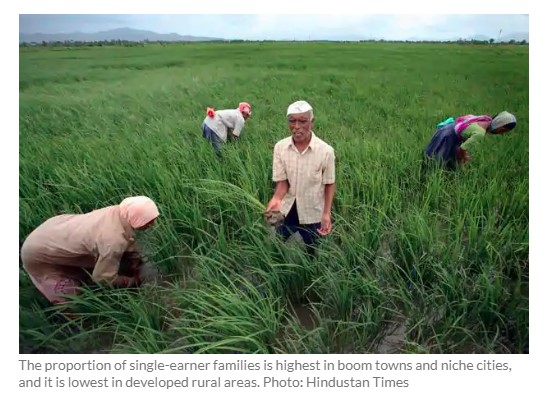 Single-earner families are less likely to own a house and slightly less optimistic about the future compared to others, the ICE 360 survey shows

New Delhi: Four out of 10 households in India have more than one earning member, according to fresh data from a large-scale nationally representative survey conducted this year. The ‘Household Survey on India’s Citizen Environment & Consumer Economy’ (ICE 360° survey) conducted this year shows that 40% households in India have multiple earners while 60% have only one earning member. 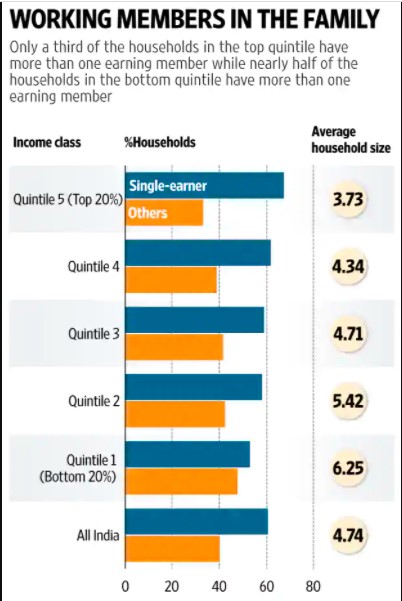 Households with more than one earning member include households where both spouses work, as well as joint families in which relatives stay together, and the household has several earning members. Given that the survey has been completed recently, the data on families with both spouses working is not available separately yet. Nonetheless, the broad trends on multiple earners seem to suggest that the female workforce participation rate in India has not changed much over the years.

The National Sample Survey Office (NSSO) report on employment in 2011-12 had shown that the proportion of working women is very low in the country. The female labour force participation rate had fallen 7 percentage points between 2004-05 and 2011-12 to 22.5%, placing India 10th from the bottom among countries ranked according to their female labour force participation rates. The high numbers of single-earner households reported in the ICE 360° survey suggests that there may not have been any big change over the past few years. However, we have to wait for detailed gender-wise break-up of the data to arrive at the exact proportion of working women in 2016. 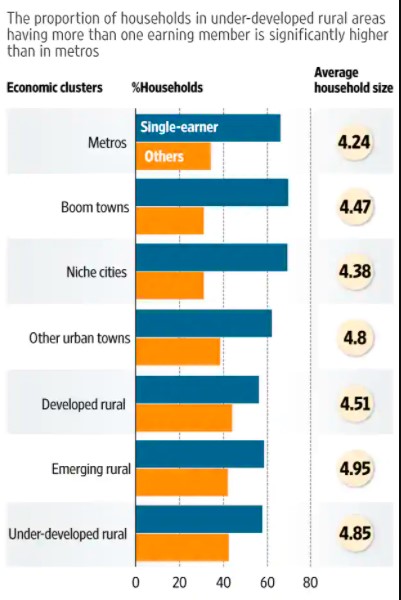 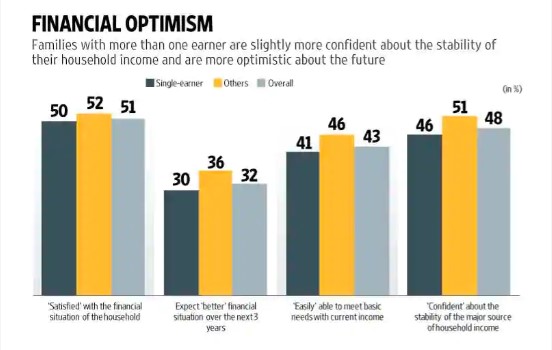 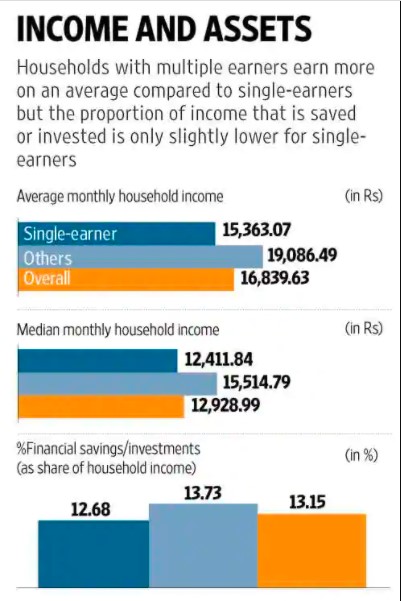 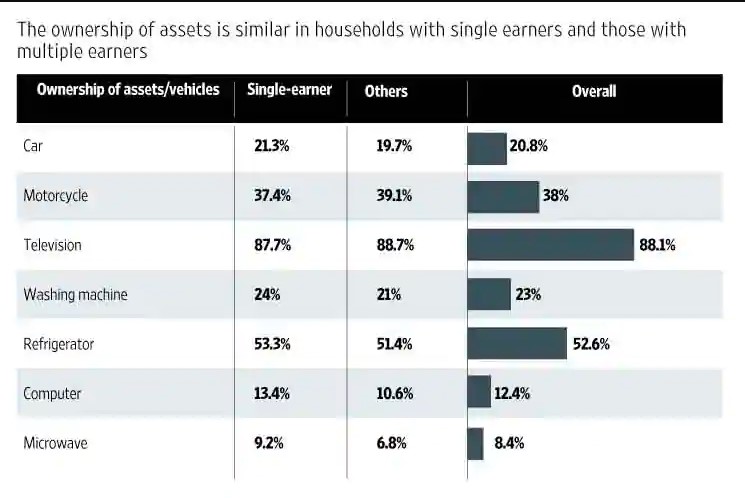 In two key respects, single-earner households differ a bit from the rest. First, they are more likely to rent a house than own one, the survey shows. And second, they are less likely to be optimistic about finances or satisfied with the stability of their earnings. They are also more likely to be worried about being able to meet the basic needs of the household with the current source of income, the survey shows. 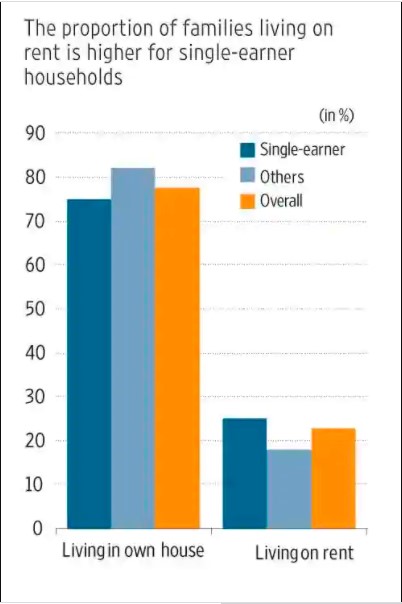