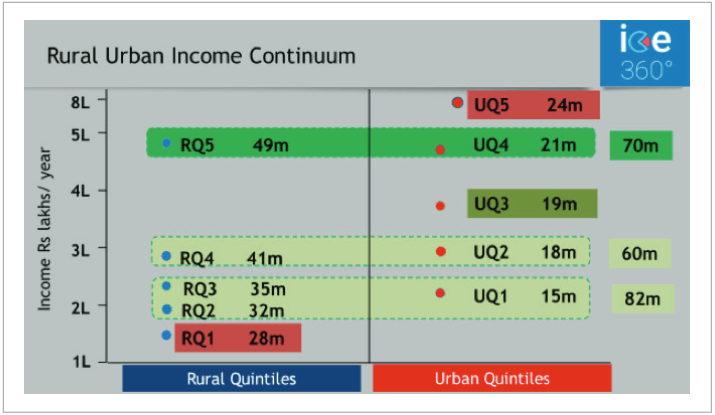 Insights from this data include

While it is known that rural India contributes consumption over 55% of household consumption this points to mass markets that straddle both, urban and rural India.