India’s growth patterns are more diverse than we conventionally acknowledge. The transformation in income, expenditure, saving and ownership patterns across geographical clusters is occurring even more rapidly than expected.

This growth will not only make the Indian middle class the biggest group in the country in numerical terms, it will also transform it into a major driver of economic, political and social growth.

As development has cut a slow but steady swathe across India, we have witnessed rising urbanisation and a decline in farm income. Millions of people have migrated from villages to cities in search of a livelihood. This has, in turn, reshaped our cities and towns. While metro cities are struggling to cope with the millions of people pouring into them, boom towns and niche cities have mushroomed.

The rise of ‘rurban’ or semi-urban enclaves (or what we call Developed Rural) has added one more layer to this dynamic urban landscape. While the metros are significantly richer than rest of urban India, there is an income continuum across boom towns and niche cities and developed rural areas which have very similar income distributions.  For instance, today the developed rural is home to 225 million consumers (15% of India’s populations), generates 16% of personal disposable income, accounts for 15% of consumption and 18% of household savings. It is important to note that developed rural are reasonably comparable to those in Boom towns and Niche cities when it comes to share of income and expenditure.

Developed Rural edges out the other urban centres in ownership of electricity, tap water, toilet within premises and LPG respectively. Metro-dwellers are most well-endowed with household assets, the penetration of consumer durables in Developed Rural is roughly similar to that of boom towns and niche cities. For example, more than half of the households in Developed Rural areas own a two-wheeler, and roughly a quarter of them own a car which is nearly similar penetration to metros.

Although, big urban centres continue to be “king sized” where consumers seek better quality, features –rich products and value-added services, consumption growth is increasingly coming from smaller towns and developed parts of rural India. These markets have become too large to be ignored by anyone who wants a serious slice of the India opportunity. It is also worth noting that unlike China, India has not followed a “corridors of development” policy which leads to gradually moving economic activity into the hinterland of smaller towns. What is happening in India is the result of natural market evolution, hence far more interesting in its evolution pattern.

India will continue on its path as one of the world’s most dynamic consumption which is driven by income levels, exposure to the world at large and actions of suppliers. The confluence of widespread mass media, increasing digital connectivity and improved connectivity of rail, road, air, as tools of business has affected all three drivers positively.

The next wave of rural consumers in the more developed areas is an opportunity as large as that of the large towns. The more affluent among developed rural consumers already desire similar brands and lifestyles: at a given income-level, rural and urban households already aspire for a similar set of consumer brands, and also have similar lifestyle aspirations for the coming decade, namely, the comforts of a home and car, convenient and healthy living. 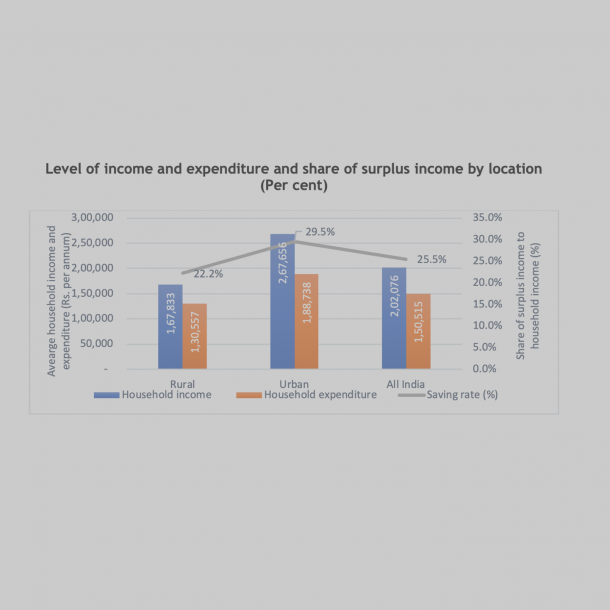