About one-fifth households claimed to have received some form of government aid to build a toilet irrespective of year of construction. Benefits are not limited to poor households only.

The share of such households is about 26% in the rural India as against 12% in urban India.

Households received financial assistance in construction of toilet by location

(Per cent of households) 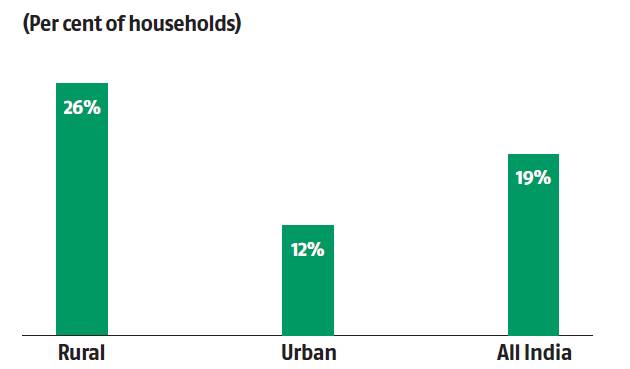 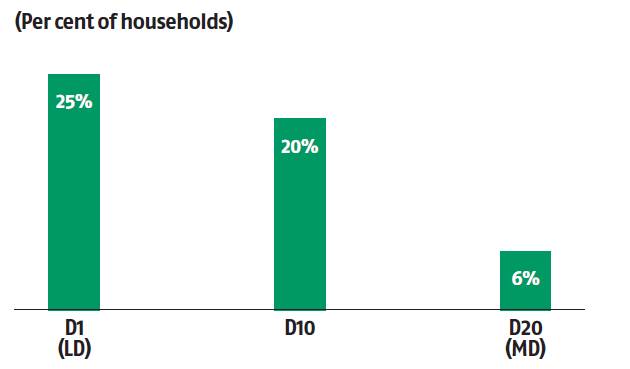