Facebook Twitter Search
View cart “One in three households in India owns a two-wheeler” has been added to your cart. 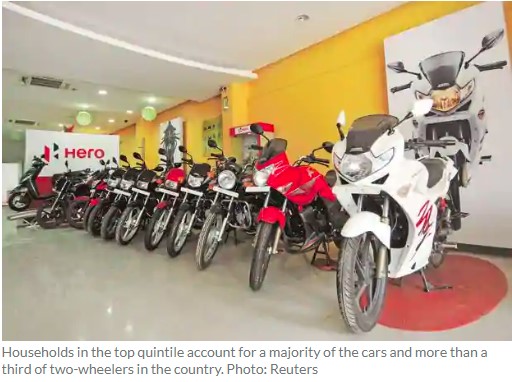 Households in the top quintile account for a majority of the cars and more than a third of two-wheelers in the country. The top 10% accounts for 46% of the cars and 22% of two-wheelers in India. The bottom quintile, which is the poorest 20%, accounts for a majority of the bicycles in the country, as per the survey. Households having a motorcycle or a scooter or a scooty or a moped have been categorized as owning a two-wheeler in this analysis. 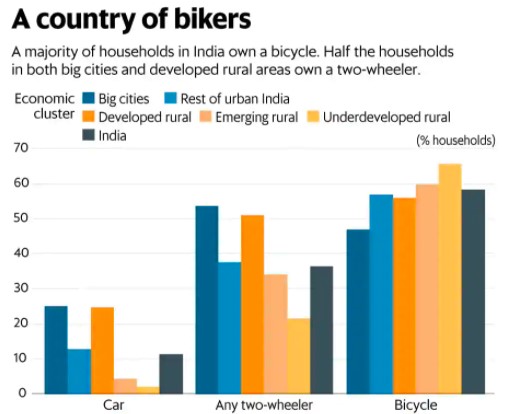 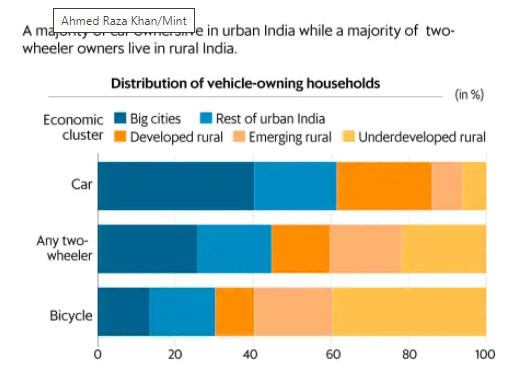 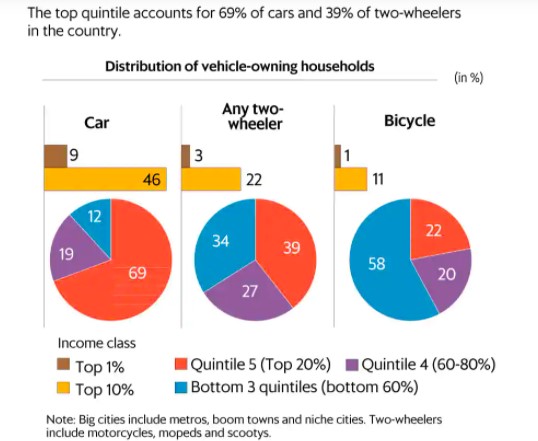 Big cities, which include all million-plus cities (metros, boom towns, and niche cities), together account for 40% of car owners. Developed rural areas account for a greater share of car owners in the country than smaller urban centres, the survey shows.

A two-wheeler is the vehicle of choice for most Indians in their daily commute to work, the survey suggests, followed by the bicycle. Thirty-three per cent of Indians use a two-wheeler to reach work while 31% use a bicycle. Fourteen per cent reach work by a public bus while only 3% use a local train (or metro) to reach their place of work.